Gujo is located in the center of Gifu prefecture, with a beautiful and abundant water source.
In 2004, 7 towns and villages in Gujo-gun merged to form Gujo-shi.
Currently, Gujo City is composed of seven areas, each of these areas attracts visitors with all different characteristics. 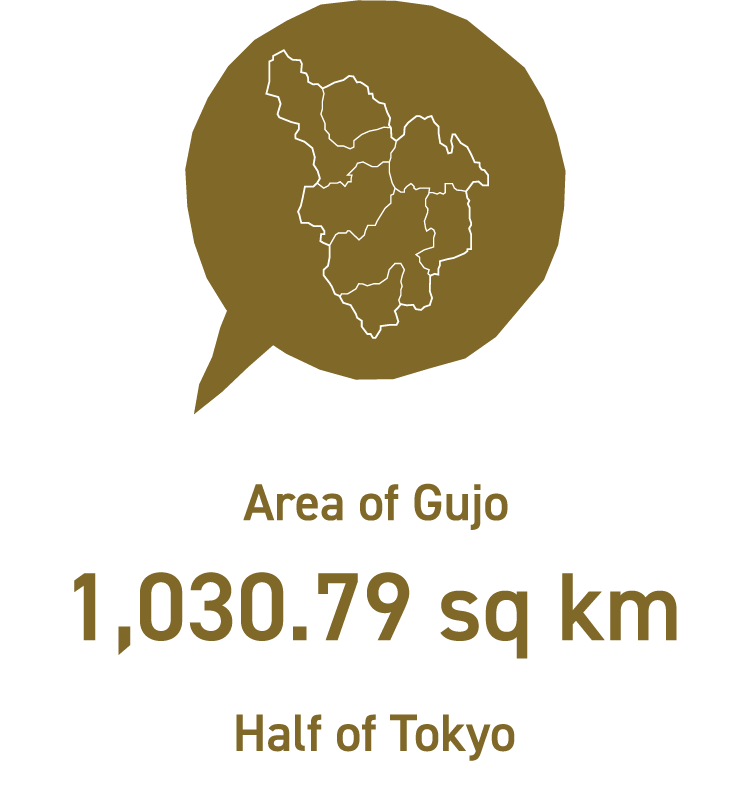 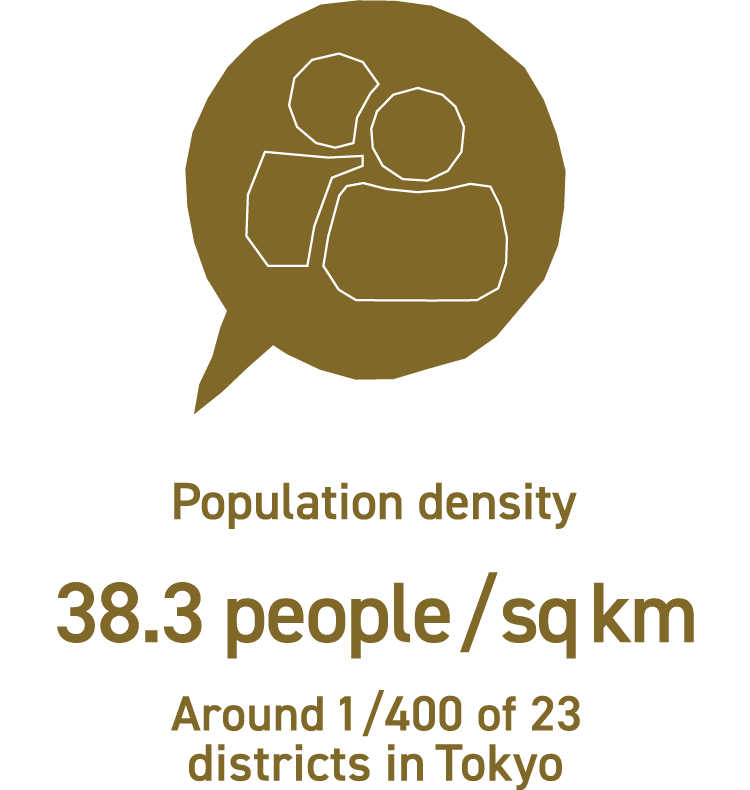 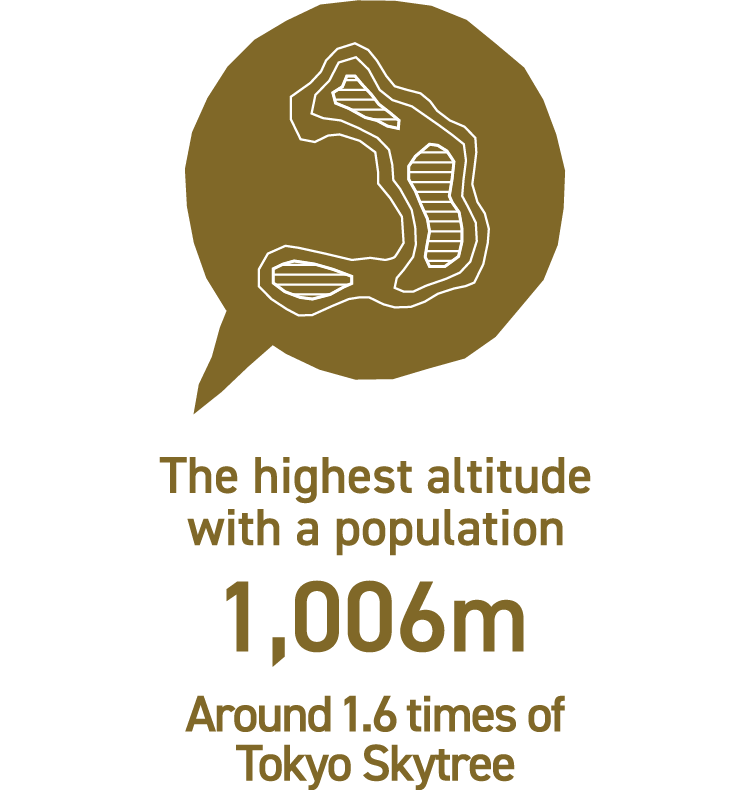 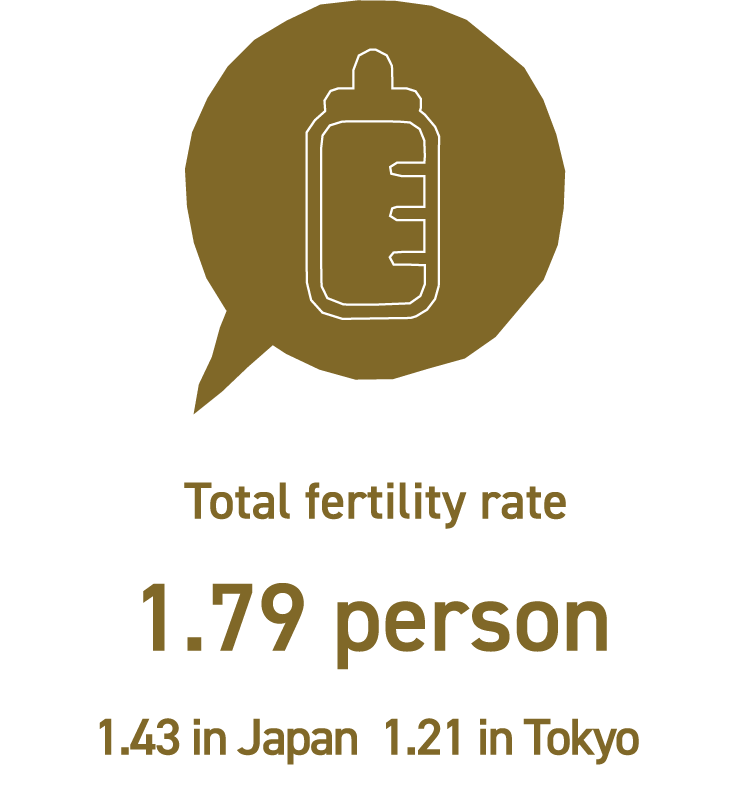 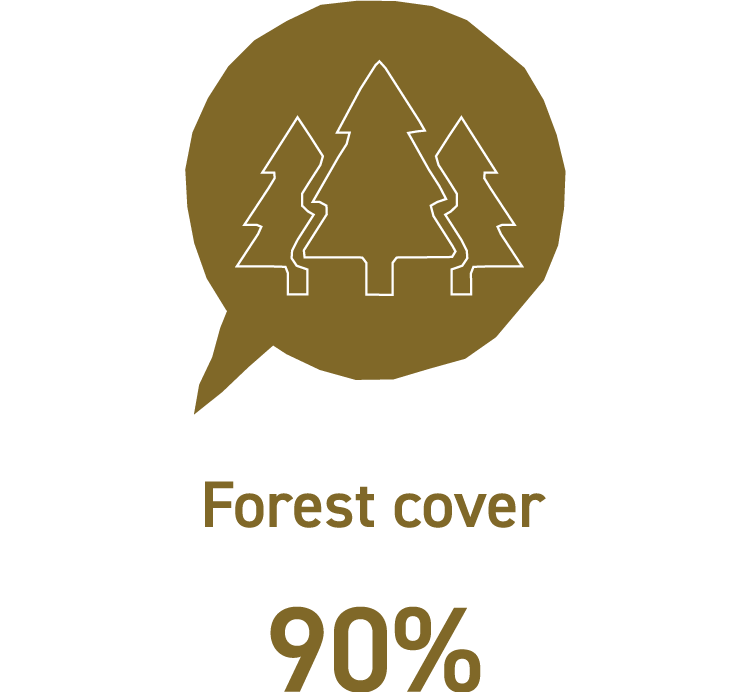 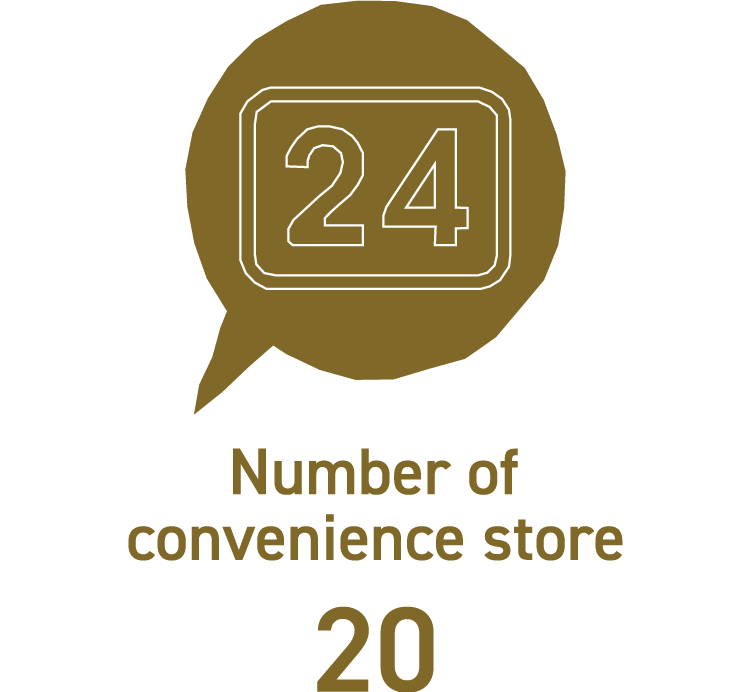 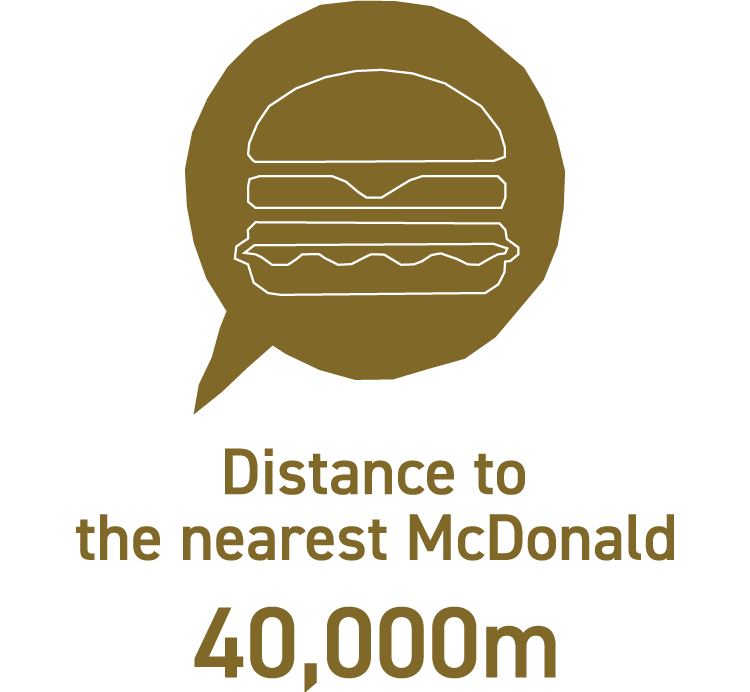 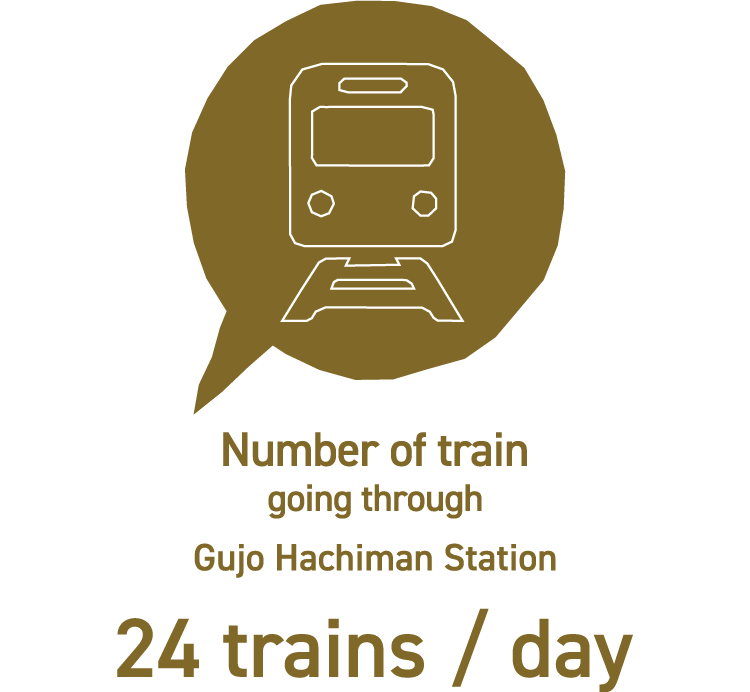 The big three in Japan representing Gujo
There are three THREE in Gujo representing nature, tradition, and culture. 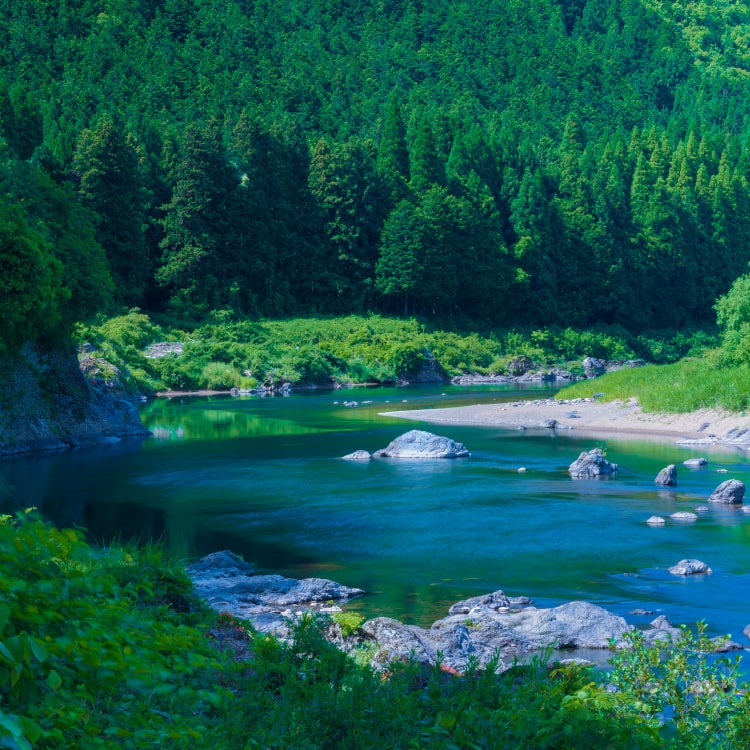 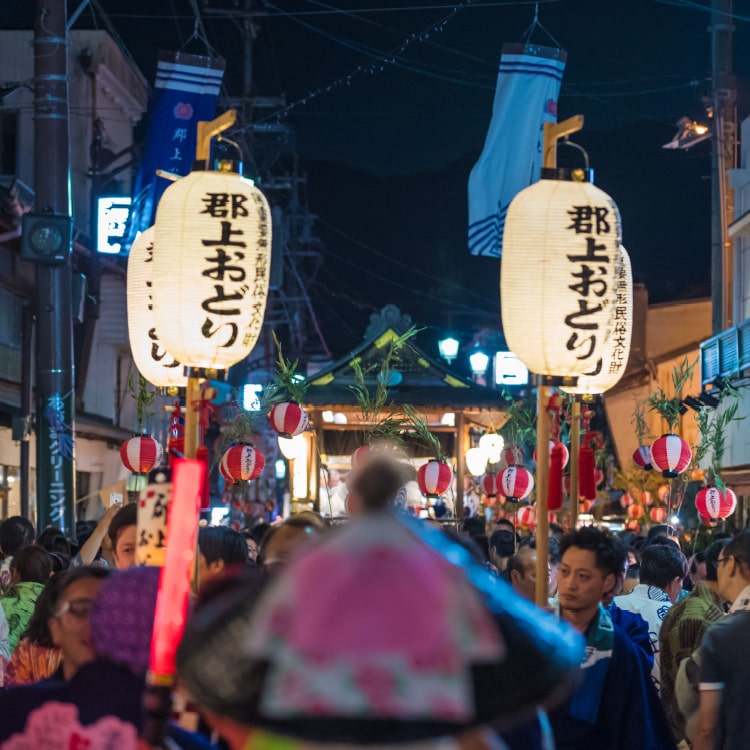 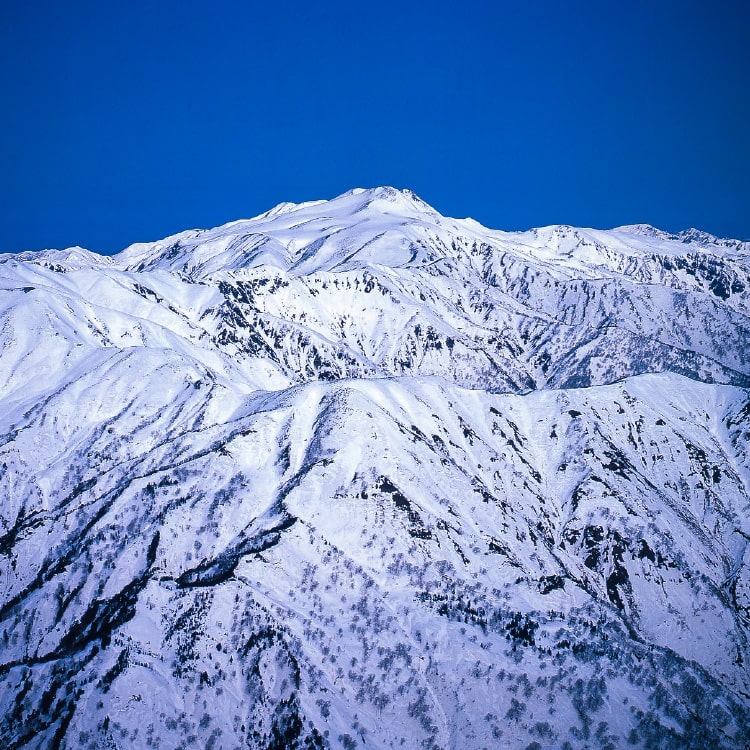 Takasu-cho is located in the northeast part of Gujo, at the valleys overlooking the sacred mountain and Mt Hakusan with Mt Washigatake in the east, and Mt Dainichigatake is located in the west. It is also located in the headwaters of Nagaragawa River, which is famous as one of Japan's three major clear streams. Hirugano Plateau, which is about 900m above sea level is the base of sightseeing in Takasu-cho. Starting with Eastern skunk cabbage in spring, colorful flowers such as Asian skunk cabbage and cherry blossoms are blooming. In summer it becomes an active summer resort where you can enjoy all kinds of outdoor activities. From late October, you can see beautiful autumn leaves of Mt Dainichigatake (1,709m), and you can enjoy winter sports in winter. There are 6 ski resorts with good snow quality and the latest equipment. Fans from all over the country, mainly in Nagoya and Kansai, come to enjoy skiing and snowboarding.

Shirotori-cho, located in the northwestern part of Gujo, is prospered with Hakusan Faith. In 717, monk Taicho reached the mountaintop of Mt Hakusan, a sacred mountain, protected by gods, and started worshiping. Mino Zenjodo started from Nagataki Hakusan-jinja Shrine, was crowded with abundant worshipers at that time, and is still visited by many mountain climbers. In the northern area of Shirotori-cho, great cedar tree in Itoshiro, which is estimated to be 1,800 years old and has a circumference of about 13.4m, and Amidagataki Waterfall, which was a training ground for monks, still remain spreading the atmosphere of a "sacred area". In Nagaragawa River, running from north to south through the center of the town, mountain stream fishing is open every year from 1st of February to late summer. Many anglers come and join.

Yamato-cho is known as the "Kokindenju-no-sato". To Tsuneyori, who was famous as the "ancestor of Kokin Wakashū" and was the lord of Gujo in the Middle Ages, taught Kokin Wakashū (Collection of Japanese poems) to Renga (A kind of Japnaese poem) master Sogi. Several mountain villages are formed along each tributary of Nagaragawa River, and one of them is Motai. In recent years, many young migrating to Motai because they love the history, culture and natural environment of this village with traditional lifestyle. In addition to managed fishing ponds where you can catch trout and stringfish, there is also a campsite in the mountains, where you can experience camping in summer, seeing colored leaves in autumn, and skiing in winter.

Gujo Hachiman, a castle town also called "Water Town". You can find water everywhere throughout the town, such as waterways and water tankss filled with water on both sides of the road. A part of Kita-machi is designated as a townscape preservation area keeping all old townscape. Gujo Odori Dance Festival has a history of more than 400 years, is very famous and attracts many fans and tourists from all over the country every year. Playing in Yoshidagawa River running through the center of the town, and seeing local children jumping from a 12m-high bridge is a summer tradition. There are plenty of bicycle tours and bicycle rentals for you to peek how local live in Gujo. If you go about 11km away from the center of Hachiman-cho, you can enjoy caving at Miyama Limestone Cave.

Minami-cho is one of the leading river sports meccas in Japan, with the fastest river flow in Nagaragawa River of total length 166 km. Many come to enjoy rafting, canoeing and river SUP. Its good water quality is one of the best among all other main river sports area. Yana fishery is also popular. From Meiji era to Showa era, there was a fishing ground designated by the Imperial Household Agency, which caught Ayu to present to the imperial family. Thus, there is a mountain climbing route on Mt Fukubegadake (1,162m) on the border with Mino-shi, where you can enjoy trekking to see the fresh greenery in spring and the autumn leaves in autumn.

Meiho is an area along Seseragi Kaido surrounded by mountains and rivers. It is known as a beautiful driving route with fresh green birch forests from spring to early summer and colorful colored leaves in autumn. Yoshidagawa River, which headwater is in Meiho area, is called the "sacred place for mountain stream fishing"m and many anglers are looking forward to the fishing open day. "Kanamizu-no-kake Odori dance", an important intangible folk cultural property of Gifu and a nationally selected folk performing art, is an annual festival which has been performed at Hakusan-jinja Shrine in Kanomizu district for 300 years. Other traditional performing arts such as festival in Ogawa area and local Kabuki are also preserved. You can find the largest ski resorts in western Japan here in Meiho, and you can enjoy camping in green season and winter sports in winter.

Wara-cho is known as the village of clear streams. Ayu caught in Waragawa River was selected as the first Grand Prix river in Gifu-ken at "5th Clear Stream Touring Ayukai" in 2002. "Otsuki no Mori" at the headwaters of Waragawa River is a natural broad-leaved forest with jolcham oak and other trees. There is a walking path of about 5km, and you can enjoy camping too. Every June, you can see many lightning bugs flying, called "Milky Way on earth ". Observation tour by Wara Hotaru Protection Association is also held. You can enjoy geo tourist tour by visiting other kinds of heritages, such as limestone cave "Jaana" where the legend of Daija remains, and the mysterious giant rock "Layered Stone" at Togakushi-jinja Shrine.